Carl Daniel Ekman was a Swedish civil engineer and inventor. He invented the sulphite process, a cheap way of producing paper from wood pulp. Thanks to his efforts, paper could now be produced on a massive scale. 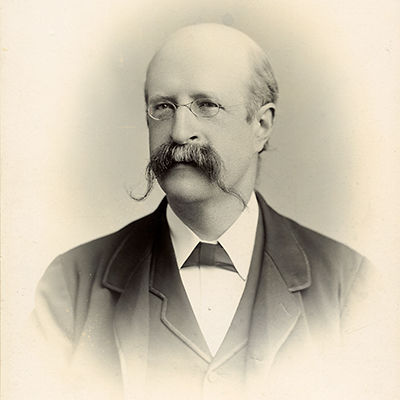 Carl Daniel was born in 1845 in Kalmar. His father was provincial doctor, Otto Ekman, and his mother was Marie Louise Indebetou. In 1861, he left school and moved to Stockholm to work as a junior pharmacist, but his dream was to become an engineer. After four years, he applied to the Technological Institute (now the Royal Institute of Technology) and was accepted with the help of a private recommendation from teacher and author, F. W. Hultman. Carl Daniel received his civil engineering degree in 1868 with first class honours. A few years later, he was employed at the Bergviks Sågverk wood pulp factory as a chemist. It was here that he came to make a major contribution to the paper industry.

During the 19th century, paper was in short supply. It was fairly expensive to produce, as the raw product used at the time was old cotton or linen textiles — rags. Paper could also be made from wood pulp, but it was not of a high quality and yellowed with age, due to the lignin in the wood. The lignin remained in the paper and reacted to sunlight.

Carl Daniel experimented with bleaching of the wood pulp. He boiled the pulp under pressure in a liquid that included sulphuric acid. This caused the lignin to dissolve, leaving only cellulose behind. He sent his paper pulp tests to the factory owner, Englishman T. M. Weguelin, who became interested in the new method. This led to a new factory for the production of paper pulp being built in Bergvik in 1874.

A number of people doubted that Carl Daniel Ekman was actually the first person to discover the sulphite method. The patent battle continued up until 1900. Nevertheless, Carl Daniel continued to work hard and travelled the world to communicate his invention. The Ekman Pulp and Paper Co. was established in 1879. That year, he moved to England and worked as a chemist at Weguelin’s newly built paper factory in Gravesend. His English company was awarded the gold medal at the Stockholm Expo in 1897 for its products.

The factory in England was profitable and Carl Daniel Ekman was doing well. Unfortunately, however, he was not particularly good with money. Furthermore, no-one knew how to treat chemical waste from paper production, which eventually led to major problems. A limestone quarry near the factory became polluted with sulphuric acid and the owners initiated legal action against Ekman’s company. Carl Daniel Ekman lost the proceedings and was forced to close his factory. He contracted typhoid a year before the trial and the events that followed and the downfall of his company contributed to his death in 1904.