Sven Wingquist founded a whole industry. Spherical ball bearings, on which he took out a patent in 1907, conquered the world. Today Svenska Kullagerfabriken, SKF, is still a leading international company. 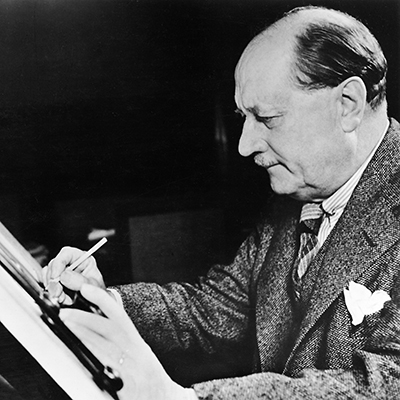 Sven Gustaf Wingquist was born in 1876 in Kumla. His father was called Sven Daniel and was the station inspector in Hallsberg. His mother was called Anna Lundquist. Sven studied at Örebro Technical Elementary School and left in 1894. The same year, he applied to John Lennings Textile College in Norrköping, where he studied on a technical programme with specialisation in the textile industry. In 1896, Sven went to the USA to learn more about efficient industrial production.

First steps as an engineer

Three years later Sven was appointed operating engineer at Gamlestadens väveri in Göteborg. The clay soil on which the factory was built was causing problems. The ground was unstable and the building could move several millimetres from time to time. Drive shafts became deformed and the machines overheated. This was a great fire risk and it was expensive for the company when it needed to halt production. The problem was solved with ball bearings that were made in Germany. However, deliveries took several months and when the ball bearings arrived they were often of poor quality. Sven started to think about his own solution. In 1906 he came upon his idea, with a simple design. It consisted of two rings and a double row of balls. The inside of the outer ring was spherical, so the inner ring could move freely. The load was divided equally between the balls. The ball bearing coped with the friction and the deformation of the drive shafts without being damaged.

Sven Wingquist came into contact with a few investors who believed in his invention and, in 1907, Svenska Kullagerfabriken, SKF, was founded. Sven travelled around the country marketing his ball bearings and visited more than 100 companies in a few months. Most were impressed and ordered his ball bearings. In the same year he took out a Swedish patent and then patented the invention in ten other countries.

Business went really well. In 1908, SKF received orders worth SEK 114,000. Eight years after its foundation, SKF was a global company with factories in 27 countries. In 1920, SKF sold ball bearings for SEK 53 million. Sven was CEO of SKF until 1919, after which he became chairman of the board. He also became CEO of the weapons manufacturer, Bofors, in Karlskoga.

Sven was also interested in cars. When two of SKF’s young employees, Assar Gabrielsson and Gustaf Larson, wanted to start a Swedish car company, they received financial support from SKF. The new Swedish cars were to be called ‘GL´ or ‘Larson´ but Sven Wingquist had another idea, a Latin word meaning “I roll”. This was Volvo.

In spite of his successes and great fortune, Sven Wingquist remained humble and down to earth. He gave very few interviews and died in 1953.

SKF is still a leading manufacturer of ball bearings and is active in 130 countries.