The Lundström Brothers – The safety match

The Lundström brothers created the world-famous safety match and established Jönköping’s safety match factory. The safety matches are still referred to as Swedish matches in a lot of countries to this day. 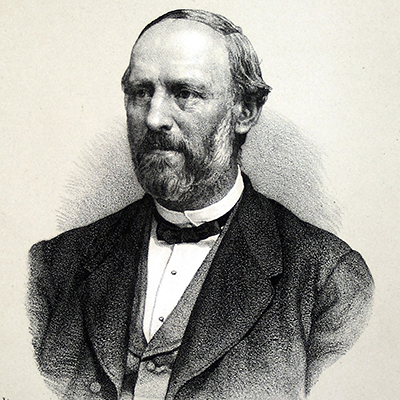 Johan Edvard Lundström (1815–1888) further developed Swedish chemist Gustaf Erik Pasch’s idea and applied for the patent on the phosphor-free safety match. His younger brother, Carl Frans Lundström (1823–1917) was an entrepreneur and industrialist with bold ideas. Between 1844-1845, the brothers opened a safety match factory in Jönköping, Sweden. Manufacturing of safety matches began in 1853 and was a major success at the World Expo in Paris 1855. They were awarded the silver medal for managing to manufacture matches without the workers developing phosphorus poisoning. Safety matches were expensive to produce and it wasn’t until 1868 that they became known throughout the world. These matches are still referred to as Allumettes Suédoises in France, Schwedenhölzer in Germany and Swedish Matches in England.

For a long time, matches were manufactured by hand. They were made of aspen and a single log of aspen could produce 370,000 matches. Planing the matches by hand was heavy, time consuming work. The matches were then dipped in sulphur, which meant that the flame could easily be transferred from the head of the match to the wood. Johan Edvard Lundström later came up with a way to eliminate the smell of burning sulphur. The matches were dipped in wax or paraffin. They were then dipped in the match head substance that consisted of stibnite, gum, starch and potassium chlorate, and were then left to dry. Finished matches were packed into capsules or tubes of brass or shavings. Once the manufacturing of safety matches had begun, the Lundström brothers came up with a practical form of packaging that is still being used today, the modern-day matchstick box with an inner box and an outer sleeve. The sides of the outer sleeve were coated with a striking surface containing red phosphorus. Even matchstick boxes were handmade.

Alexander Lagerman (1836–1904) began working at the Jönköping safety match factory in 1870. He is regarded to be one of the pioneers of mechanisation. Alexander Lagerman built a machine that produced matchboxes. He then produced machines that manufactured the inner and outer boxes. At the start of the 1880s, he built a box-filling machine that filled 20,000 matchboxes a day. The machines were kept a secret from the competition and weren’t patented for another 20 years, but were still a major innovation.

In 1892, Lagerman’s complete machine came along, revolutionising safety match manufacturing. The machine dipped matchsticks in sulphur, paraffin and the match head substance; it split them, dried them and then packed them into matchboxes. Everything was automated. When the Jönköping safety match factory was built, it produced approx. 4,000 boxes a year. By 1896, more than seven million boxes were being manufactured a year! 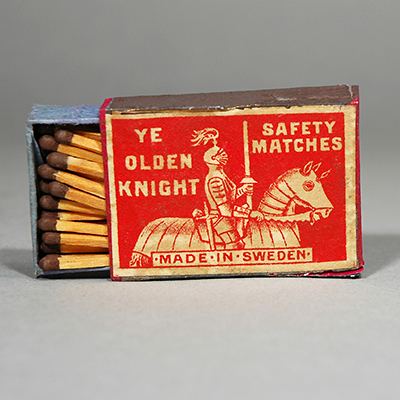 Matchbox covers were an important part of foreign marketing. These days there are 9,000 different export covers. The Three Stars, or Tre Stjärnor, came along in 1887 and is one of the best known. The brand was sold throughout the British Empire. The covers often had themes from the world of technology or zoology. Occasionally, the ruling powers ordered matchboxes with special images for the purpose of propaganda. It was however not unusual for a ruling power to be overthrown before the order was delivered. There are plenty of enthusiastic matchbox collectors around the world, also known as philuminists. One of the most famous philuminists was King Farouk I of Egypt (1920–1965) who once flew to Copenhagen in a specially-chartered plane just to buy a matchbox cover.