Anders Celsius is perhaps best known for his Celsius temperature scale, which is used in thermometers throughout the world and for establishing Sweden´s first astronomical observatory in Uppsala in 1741. 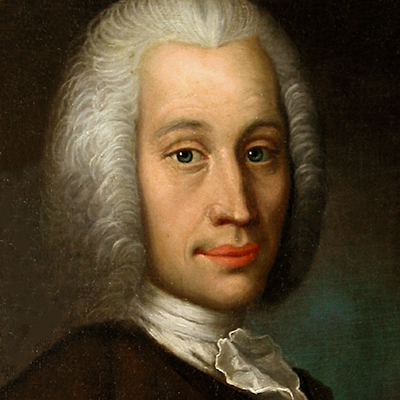 Anders was an astronomer and a scientist. He was born in 1701 in Uppsala, Sweden. His father, Nils, was also an astronomer and his mother, Gunilla, was the daughter of astronomer Anders Spole. Even his grandfather, Magnus Celsius, was a famous astronomer. Anders Celsius showed a great deal of talent at an early age; when he was twelve he managed to solve all of the mathematical problems in a university textbook.

Anders Celsius used water´s freezing and boiling point at a specific air pressure as a reference. He took numerous measurements at various heights, as water boils at different temperatures depending on the air pressure. He then set 0 degrees as water´s boiling point, and 100 degrees as water´s freezing point. He presented his scale in 1742. When Anders Celsius died, his scale was reversed and the Celsius thermometer was born, with 0 degrees as the freezing point of water.

Celsius became a professor in astronomy at Uppsala University at the age of 29. Two years later he travelled to Germany and then on to France and Italy. Anders Celsius worked with the most famous astronomers of that time. He made friends easily and gained new friends in every town.

One of Anders Celsius´ first publications was ‘Observations of the Aurora Borealis in Sweden´ in 1722, in which he described the effect that the northern lights had on the compass. In 1736, he took part in an expedition to Tornedalen, Sweden financed by the French Science Academy. The purpose was to test Isaac Newton´s theory that the earth was not entirely round, and that it was flat at the poles. The second expedition travelled to South America. It turned out that one degree of latitude (a certain angle distance from the equator) was longer in northern Sweden than in South America. Newton was right. But the long stay in Tornedalen and the harshness of the outdoor work in wintertime took its toll on Anders Celsius´ health and probably contributed to his untimely death of tuberculosis in 1744.

In addition to founding Sweden´s first astronomic observatory and recording many astronomical observations, he also made sure that Sweden converted from the Julian calendar to the more accurate Gregorian calendar.