An exhibition about the design behind one of the world’s best-known brands – and how a Swede from Kungälv played an important role in the iconic bottle’s design.

It is exactly 100 years since the Coca-Cola bottle received its uniquely contoured shape, but the design’s Swedish connection is less well-known. In 1915, glass engineer Alexander Samuelsson from Kungälv obtained the patent for the bottle.

Alexander Samuelsson had a background at Surte glassworks and held a high managerial position at the bottle-makers, Chapman Root Bottling. The curvaceous bottle was the company’s entry in the Coca-Cola Company’s competition to produce a bottle that was not like any other; it needed to remain recognisable, both in the dark and even if it had been dropped and broken into fragments.

The Coca-Cola bottle is a striking example of the importance of product design to the innovation process. The ingenious design also marked the beginning of an exciting history of packaging development, meeting new demands for sustainability and new consumption patterns.

Featuring original sketches and bottles from The Coca-Cola Company’s own collection, the exhibition not only told the story of how the original design came about, but also traced the development of this drink-packaging from the earliest sketches to the present day. 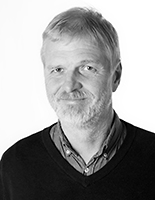