Willgodt Theophil Odhner was an inventor and engineer. He invented a calculator and founded a factory in St. Petersburg in 1880. After the Russian Revolution in 1917, the company moved to Sweden. The calculator was a huge success and was manufactured until the 1970s. 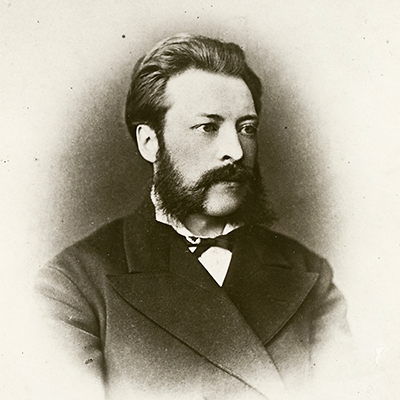 Willgodt Theophil Odhner was born in 1845 in the Swedish province of Värmland, the eldest son of Theophil Dynamiel Odhner, a factory manager, and Fredrika Sophia Wall. The family was related to the famous inventor John Ericsson and his brother, railway constructor Nils Ericson.

Willgodt had to leave school when he was 12 years old. His father´s income was not enough to support their large family. The young Willgodt moved to Stockholm, where he worked with his uncle, lamp merchant Aron Odhner. Willgodt was very interested in technology and studied at the Institute of Technology in Stockholm (which is today the Royal Institute of Technology) from 1864 to 1866.

Russia was the land of opportunity for Swedish engineers during this period, and many sought employment with the Nobel brothers´ Russian company. Willgodt came to St. Petersburg in 1868 and started working at Ludvig Nobel´s workshops. Later he worked at the emperor´s workshops in the same city, a large facility that printed money, produced paper goods and minted coins.

During his employment with Ludvig Nobel, Willgodt began working on his invention, an innovative calculator that would come to be known as the Odhner Arithmometer. The first calculator was constructed as early as 1642 by the French physicist Blaise Pascal (1623-1662). This calculator consisted of several cogwheels that were turned through the use of a pinion. It could only perform addition and subtraction. In 1672, the famous German mathematician Gottfried Wilhelm von Leibnitz began producing a calculator for all four types of calculating. Leibnitz´s device used a stepped drum, i.e. a drum with cogs of different lengths. This construction was later used by other inventors, for example the German Philip Hahn (1739-1790), who created the first useable calculator for all four types of calculating. Only a few copies of these early calculators were produced, but in 1821 the Frenchman Charles Xavier Thomas (1785-1870) began manufacturing his calculator, the “Thomas Arithmometer,” on a large scale. These calculators, however, were very expensive and not particularly practical.

Willgodt wanted to manufacture a small and simple calculator that would be cheap and easy to use. With the support of Ludvig Nobel, he worked very hard on his invention, mostly in his free time. His calculator had a pinwheel system. The system consisted of two wheels that were joined together and could be turned. One wheel was fixed to the crank´s axle, and the other could be turned through the use of a locking lever. As the wheel turned, the pins around it extended peripherally. For example, if the calculator was set to the number 3, then three pins extended and attached to another wheel, which then turned the number wheel and made the number 3 appear in a window in the calculator.

The first model was ready in 1876. Wilgodt patented his invention in Germany in 1878 and in Sweden the following year. In 1880, he founded his own factory in St. Petersburg. The factory was at first situated in a small workshop, but demand for the calculator rapidly increased and in 1894 a larger factory was built next to the old workshop. In addition to calculators, his factory also produced printing presses, turnstiles, gramophones and much more. During the Russo-Japanese War of 1904-1905 and during World War I, production of the calculators was stopped and the factory instead took orders from the Russian government.

Willgodt Odhner died in 1905 from a heart illness. His son Alexander Odhner and son-in-law Karl Siewert took over the business. By 1917, Odhner´s Russian factory had manufactured nearly 30,000 calculators. Most of these were for the Russian market, but some were exported to Sweden and the rest of Europe.
After the Russian Revolution in 1917, Alexander Odhner and Karl Sievert moved their operations to Sweden. The new Swedish company was named AB Original-Odhner, and a new factory was built in Gothenburg. In 1942 the company was bought by AB Åtvidabergs Industrier (which in 1965 changed its name to Facit AB). Odhner´s calculator was popular around the world and was manufactured until the 1970s, when cheap and simple Japanese electronic mini-calculators came onto the market